The New Breed of End-Time Intercessors by Shawn Patrick Williams

The New Breed of End-Time Intercessors

Every spiritual awakening in the United States has been a response to the travailing of an army of intercessors within the Church, standing in the gap for our nation and pushing the forces of darkness back with a bombardment of heaven to intervene in the earth realm with the supernatural power of heaven. It’s important to understand that 90% of churches in America are made up of fewer than 100 members. This is what the majority of the Body looks like in the USA. 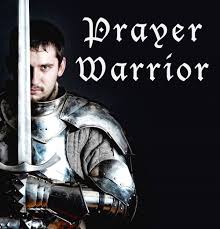 The enemy has assaulted the prayer strategy of the American Church. The function of the prayer warriors and groups operating effectively in the local Body has been non-operable or at best dysfunctional in many ways. A recent study showed that the average American Christian prays one minute a day, while the average pastor prays five minutes a day. I have worked with many churches and prayer groups over 16 years and can say that one of the most difficult outreaches to keep constant and functioning in the local church is prayer.

Distraction is one of the end-time intercessors’ biggest enemies. Our culture has programed this generation through media to have an attention span of roughly five minutes. The new breed intercessor will have 5 or 10 messages pop up on their phone while they are reading the Bible or playing worship music on their smartphone, which breaks the momentum of their prayers.  The older generation “prayed though” until the natural realm was changed by their prayers, but it took focus to “press in” and push toward those things that “be not as though they are”. They did not have all the distractions we have today. The iPhone wasn’t going off at all times of the night and day. Their schedules were not pressed so tightly that prayer times were scheduled right out. This generation’s access to technology can be a great blessing, but it often includes a greater distraction.

If you are one of this new breed of intercessors that has set the parameters that keep your prayer life from being distracted by the things of this world, there is another scenario that can render your gift from being effective. I call this scenario spiritual arson. The spiritual arsonist is passionate and sincere. They haven’t had the experience to understand how their gift functions within the local Body of Christ. They tend to burn everything up around them.  Let’s look at a parallel in the Old Testament:

“Then all the people of Judah took Uzziah, who was sixteen years old, and made him king in place of his father Amaziah… Uzziah was sixteen years old when he became king, and he reigned in Jerusalem fifty-two years… He did what was right in the eyes of the Lord, just as his father Amaziah had done.  He sought God during the days of Zechariah, who instructed him in the fear of God. As long as he sought the Lord, God gave him success…He then rebuilt towns…God helped him against the Philistines…and his fame spread as far as the border of Egypt, because he had become very powerful…Uzziah built towers in Jerusalem… and he fortified them…Uzziah had a well-trained army…he made devices invented for use on the towers and on the corner defenses so that soldiers could shoot arrows and hurl large stones from the walls. His fame spread far and wide, for he was greatly helped until he became powerful.

But after Uzziah became powerful, his pride led to his downfall. He was unfaithful to the Lord his God, and entered the temple of the Lord to burn incense on the altar of incense.  Azariah the priest with eighty other courageous priests of the Lord followed him in.  They confronted King Uzziah and said, “It is not right for you, Uzziah, to burn incense to the Lord. That is for the priests, the descendants of Aaron, who have been consecrated to burn incense. Leave the sanctuary, for you have been unfaithful; and you will not be honored by the Lord God. Uzziah, who had a censer in his hand ready to burn incense, became angry. While he was raging at the priests in their presence before the incense altar in the Lord’s temple, leprosy broke out on his forehead. When Azariah the chief priest and all the other priests looked at him, they saw that he had leprosy on his forehead, so they hurried him out… King Uzziah had leprosy until the day he died. He lived in a separate house leprous, and banned from the temple of the Lord…”

Uzziah represents the next-generation prayer warrior. They love the Church, have godly mentors, and excel in their assignments, which are many times connected into the community or local government. God gives them favor, business ideas and abilities that are a direct result of their passionate prayer life. Many come into the church with worldly experience, but haven’t had spiritual experience. Therefore they bring a worldly experience into a church function.

Uzziah became dysfunctional in his assignment. His motives were correct, but his heart was not. This led to him stepping out of order in the house of God. Many new generation intercessors have this happen in the New Testament equivalent of the temple, the Church. I’ve seen old-school intercessors give a “word of knowledge” to the congregation that was so on point and accurate, yet they would not even touch the microphone. And they had asked the pastor and elders three times if it was appropriate to share the word at that time. The edification that resulted from their obedience and humility was so evident that you can’t help but hug them, even after being corrected.

The spiritual arsonist will grab the mic without respecting the office of their leader. When they deliver the word it is often out of order, out of season or void of love to edify the Body and restore people to a place of wholeness and function. When this happens the leader will often sit them down or not allow their gift to function until they have matured in it. A byproduct is that some have not learned to take correction from their leaders and retreat or rebel.  Either way, they become dysfunctional in the Church, and just like Uzziah, they attempt to finish their assignments outside the local Body. Many feel hurt, rejected and alone. They hide in a separate house “banned” from the temple.

“The effectual fervent prayer of a righteous man avails (to have or exercise force, or to push) much.”

God is raising up spiritual ninjas for our nation and the Church. I have laid hands on thousands of new believers that are operating in a radical prayer anointing. There is a battle for these solders in the spirit realm. They must be trained, refined and released. The devil doesn’t see their anointing or weapons, but they are more effective than any other generation, because this group of spiritual ninjas are taking it to the streets. They don’t just “go” to church; they are the Church. They’re not distracted or out of order. They become effective and respected.

End-time intercessor, don’t be afraid to function. Simply stay in order, don’t be distracted, and function in love.

1. We believe that partnership is based on relationship.

Partnership isn’t a veiled attempt to raise funds. It’s the joining of efforts, resources and faith to empower you for victory and bring in the last days harvest of souls.

2. We are good stewards of any gift.

As you sow into Warrior Nations, you can be assured that your money will be handled with integrity. We pray over your harvest, use the funds to share the Word of God on every available level of our reach via revivals, international “World Harvest Crusades”, books, street outreaches, media, “Impact” school of ministry, international and local humanitarian efforts, prayer ministry, prison ministry and more…

Shawn Patrick and Christy, their family and the Warrior Nations volunteer staff are committed to you. We pray for your prosperity, health, victory and protection on a daily basis.

4. You will be updated monthly.

Every month, Shawn Patrick and Christy personally write a letter to their partners. We made the commitment in 2002. We stay before the Lord until we receive a fresh word just for you.

We have more than 12 years in ministry teachings available for you. Whether you read the newsletters, partner letters, visit our website, watch our broadcasts on television or YouTube, attend an event or enjoy a specific book teaching, you’ll always find teaching you need.

6. Your information will never be shared.

We value your trust, and want you to understand that the information you give us is precious and protected. Warrior Nations will nevershare, rent or sell any of your information.

7. Together, we’ll make a difference.

As we join together in partnership, we share each other’s anointings and giftings—and make a bigger impact on the world because of it. By ourselves, we can do some good…but together, we’ll truly make a difference!

Commit to PRAY for the ministry, outreaches, & the staff everyday!

“So let each one give as he purposes in his heart, not grudgingly, or of necessity; for God loves a cheerful giver. And is able to make all grace abound toward you, that you, always having all sufficiency in all things, may have an abundance for every good work”
2 Corinthians 9:7-8

Thank you and may God richly bless you for supporting the end time harvest!